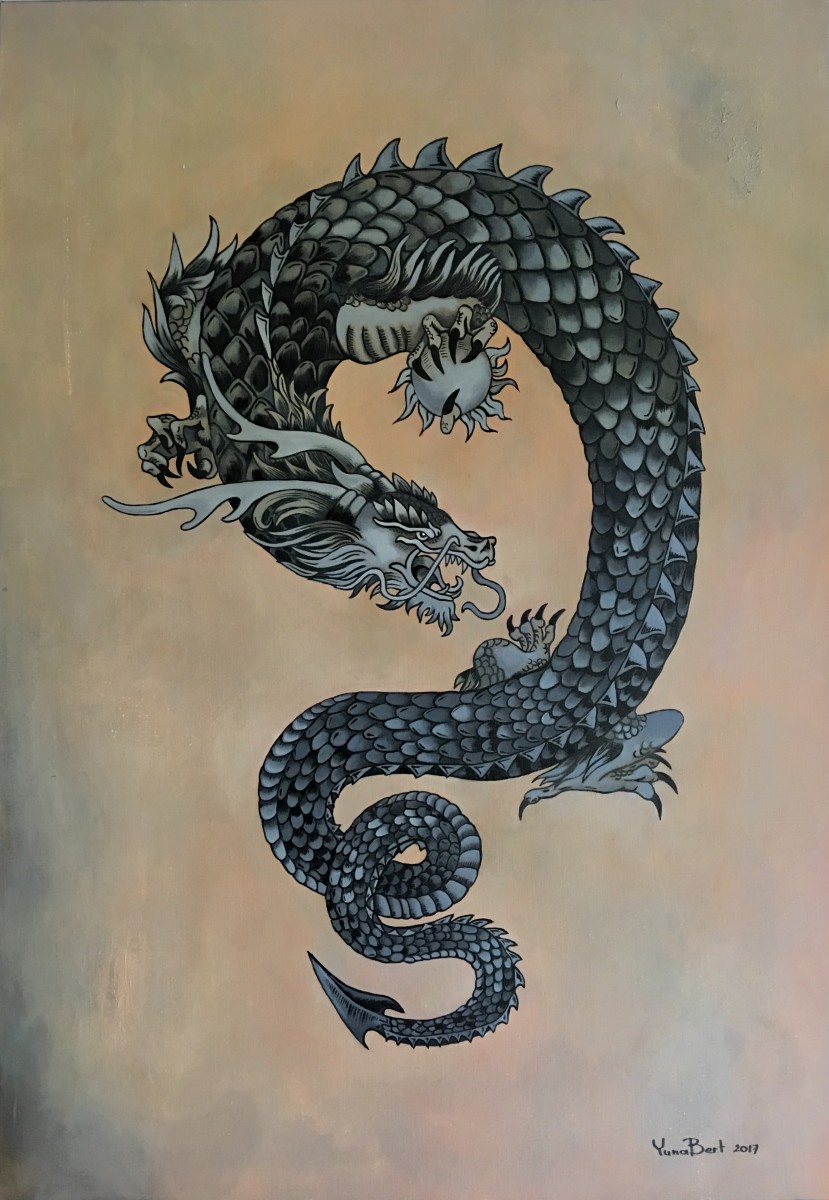 The Legend of the Carp
As legend tells a carp once saw a mountain and wanted to visit it. The determined fish swam upstream, over waterfalls and through rapids to reach the mountain. The carp came upon a mythical Dragon Gate, successfully leaped over it and became a dragon. Chinese dragons are strongly associated with moving water such as rivers, oceans and waterfalls. They are known as the lords of moving water.

The Symbolism of the Dragon
Unlike the dragons found in the western culture, Chinese dragons are gentle, friendly and wise. Depicted as mythical dragon drawings it is easy to understand why these beautiful creatures, the dragons of China, were loved and worshiped.
Considered the angels of the Orient, the dragon symbolizes the natural forces of nature. yin yang dragons symbolize the balance of all things in the universe.
The Chinese dragon, known as Lung or Long, symbolizes many things including:
• Greatness
• Blessing
• Goodness
• Power
• Excellence
• Perseverance
• Heroism
• Boldness
• Divinity
• Nobility
• Optimism
• Energy
• Intelligence
• Male fertility and vigor
• The Emperor – the Son of the Heaven

Treasure Dragon
Believed to live in caves deep in the earth the (fu-can-long) or treasure dragon had charge of all the precious jewels and metals buried in the earth. Each of these dragons had a magical pearl that was reputed to multiply if it was touched. This pearl was as symbol of the most valuable treasure, wisdom.
Over the ages many other forms and hybrid animals related to the Chinese dragon have emerged as part of dragon lore. There are said to be nine distinct offshoots of the dragon that are carved as mystical symbols on doors, gates, swords, and other implements as means of protection and as harbingers of good fortune.

The Dragon Pearl
The luminous ball or pearl often depicted under the dragon’s chin or seen to be spinning in the air, pursued by one or two dragons is thought to be a symbolic representation of the ‘sacred pearl’ of wisdom or yang energy. Pearl symbolism, like lunar symbolism arises from Daoist roots and the connections, are extremely complex.

This pearl can be said to stand most often for ‘truth’ and ‘life’ – perhaps even everlasting life which is made available to those who perceive the truth and attain enlightenment.
The dragon’s pearl can also be thought of as a symbol for universal Qi the progenitor of all energy and creation. The dragons seem to be depicted in attitudes of pursuit. He is seen to be reaching out eagerly to clutch at the elusive object, mouth open in anticipation and eyes bulging with anticipation of achieving the prize afforded by clutching the pearl.
In connection with the dragon the pearl has been called the image of thunder, of the moon, of the sun, of the egg emblem of the dual influences of nature, and the ‘pearl of potentiality’. The pearl is most often depicted as a spiral or a globe.

In Daoist concepts the moon, pearls, dragons and serpents are inextricably linked. Like the snake that is reborn when it sheds its skin, the moon is reborn each month, and both are symbols of immortality. Like the dragon, the moon is always associated with water; its undeniable power over the tides is believed to extend to all liquids on earth. The dragons that lived in the sea were said to be inordinately fond of pearls and collected them and watched over them in great submarine palaces.