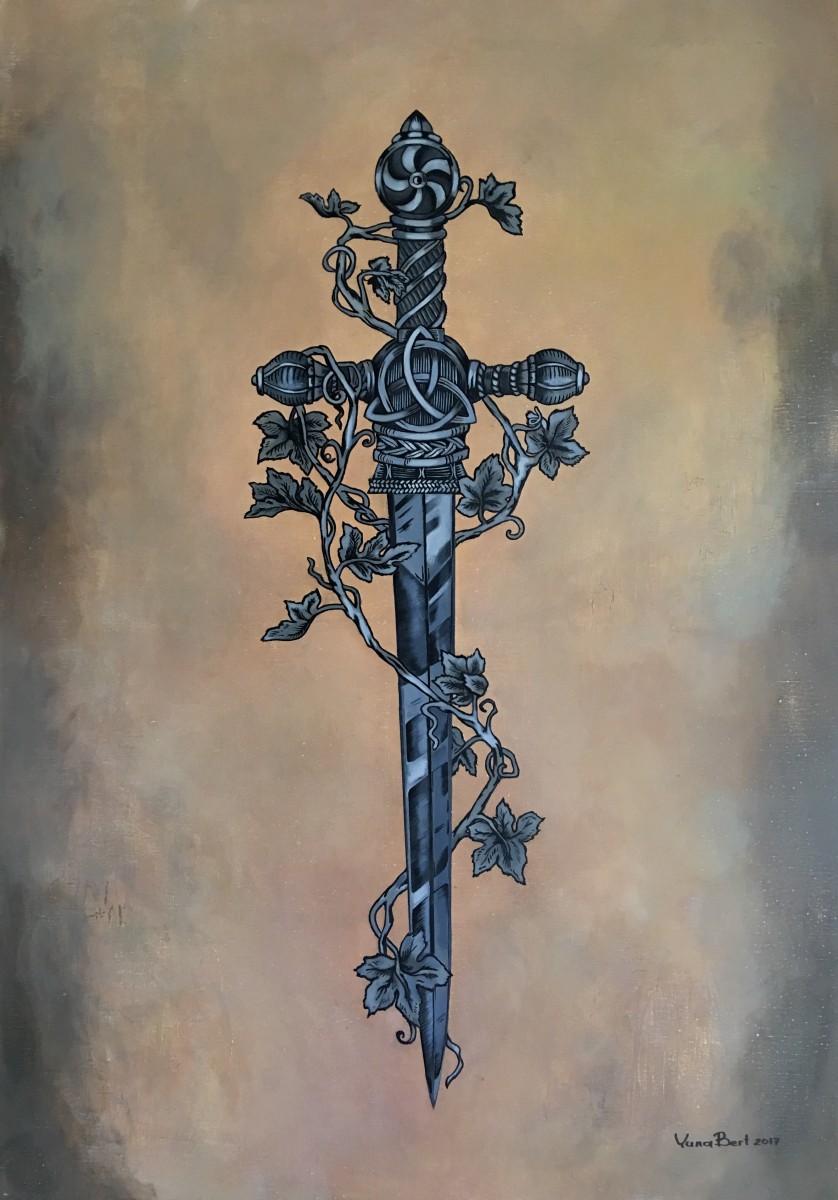 The sword or dagger is one of the most complex and most common symbols. On the one hand, the sword is a formidable weapon carrying life or death, on the other – the ancient and powerful force that appeared simultaneously with the Cosmic equilibrium and was its opposite.
The dagger is also a powerful magical symbol emblem of witch craft. In addition, the dagger or sword is a symbol of power, justice, supreme justice, pervasive reason, insight, phallic power, light.

Grapes – one of the oldest symbols of fertility, abundance and vitality. The vine is one of the symbols of Christ. The importance of wine in many religious rituals is based on the symbolic connection of grapes with the Divine blessing. The vine was the first plant planted by Noah after the flood.
Grape juice resembles human blood. But grapes are also seen as a symbol of the solar spirit.

The sun is one of the twelve symbols of power, the main symbol of the created energy.
As a source of heat, the Sun represents vitality, passion, courage and eternal youth. As a light source, it symbolizes knowledge, intellect. In most traditions, the Sun is a symbol of the masculine. The sun also is life, vitality, the embodied character of the personality, the heart and its aspirations.

The Trinity is a symbol of unity in diversity. In Christianity, it is the Father, the Son and the Holy Spirit or Mary, Joseph and Jesus.