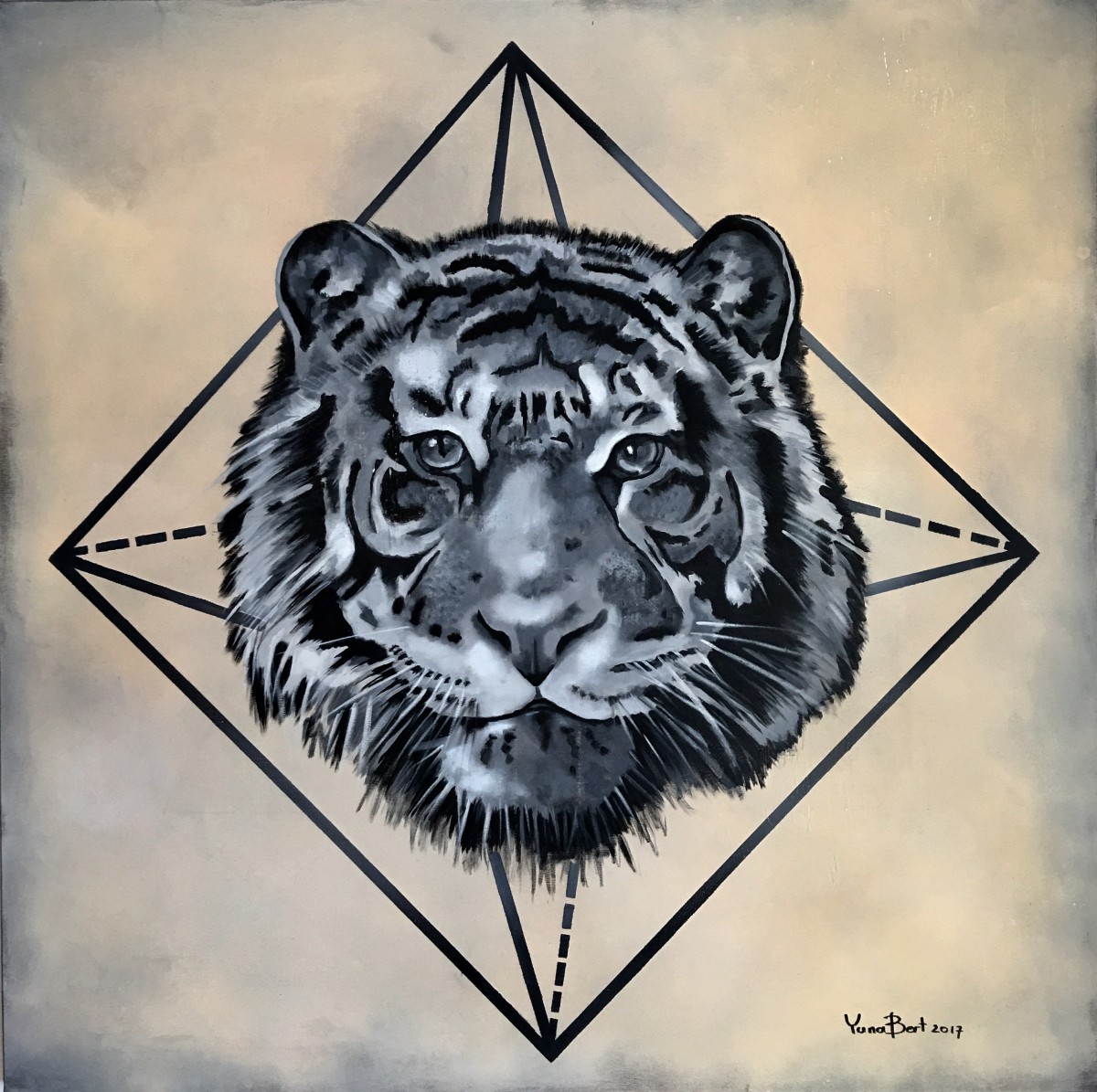 Tiger is a symbol of energy, strength, speed and talent. This image is both lunar and sunny at the same time. He is both the creator and destroyer. The tiger struggling with a snake is a symbol of solar power. In the battle with a lion or dragon, he becomes a symbol of the lunar, cruel and ferocious. In Europe, a tiger is a symbol of power and vampirism. In the Far East it is a symbol of nobility and happiness.
The spiritual significance of Tiger teaches us the gift and skill of walking meditation. Tigers meaning is powerful and as a craft that has been passed down his lineage through the ages, growing more acute with every eon, it lends him the power of guided vision.
Like a wise sole, the Tiger guides you to create sacred space that you can call completely your own, your own secret lair hidden in plain view, where others cannot enter without your permission.

Animal Symbolism of the Tiger in Chinese Culture

In China, the tiger is considered the king of all beasts (not the lion) and represents powerful energy. Further, the tiger is associated with Tsai Shen Yeh, the Chinese God of Wealth, and this god is usually seen sitting on a tiger in Asian art.
Asian lore considers the tiger the protector of the dead, and will often be seen in graves as a mark of protection, assuring peace for those who have passed.
Tigers are considered a yang energy, and are also a solar animal which associates them with symbolisms of the sun, summer and fire.

The Octahedron is the third in the series of the five Platonic Solid shapes. It contains 8 faces, 6 vertices and 12 edges. This symmetrical solid is made up of eight triangles, which is formed from placing two square based pyramids base to base.
There are several crystals that will exhibit this natural occurring formation including Fluorite, Spinel, Magnetite, and Diamond to name a few.
Octahedron – Air Element

METAPHYSICAL ASPECTS OF THE OCTAHEDRON

The Octahedron represents the element of Air and is linked to the Heart Chakra, which is the center for love and compassion. This center includes the healing and nurturing aspects within, which allow that sacred, safe space in which to find acceptance and forgiveness.
The shape is also a mirror, a perfect reflection of itself, which is a lovely reminder of the mirrors/reflections that we are to each other. The Heart Chakra is also linked to touch, which is why I feel this Platonic Solid would be best utilized for healing, manifestation, and energy work.

Platonic Solids are a set of five, three dimensional, shapes that date back to the Greek mathematician Pythagoras and later named after the Greek Philosopher Plato. The Tetrahedron, Cube, Octahedron, Dodecahedron and Icosahedron each have unique characteristics, in that the sides, edges and angles are all congruent. In other words, all sides are equal, the angles are the same and the faces are identical.
It was the great Greek Philosopher, Plato, who paired each of the platonic solids with a classical element (fire, earth, water, air, and ethers/Universe). He believed that these three dimensional shapes were the building blocks to the creation of everything—in us, around us and beyond. If you view a 3-D model of any of the elements contained in the periodic tables, you will see that each has a crystalline structure at the Atomic level made up of these Platonic Solids shapes.