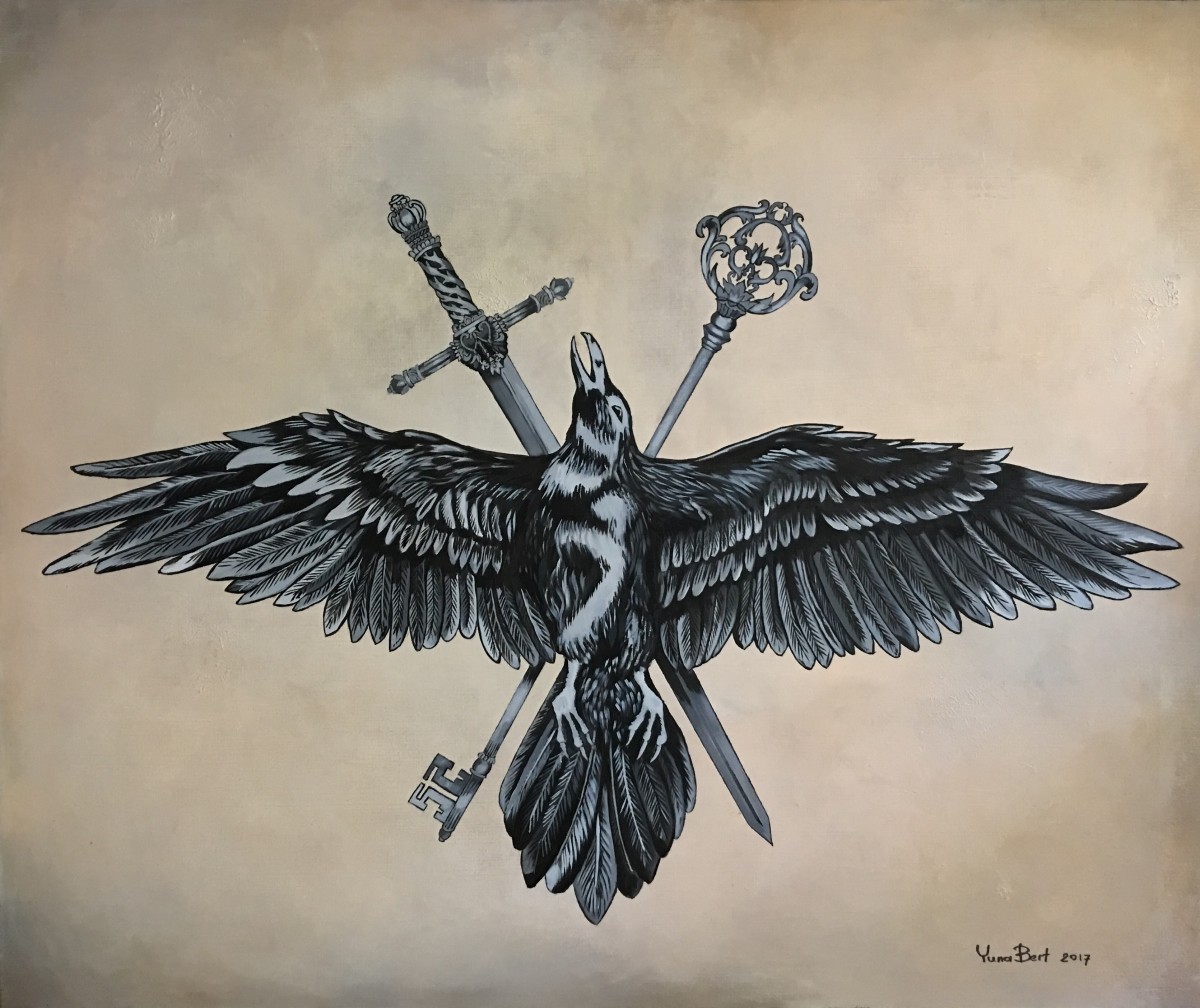 Raven and crow have a similar symbolism. On the one hand, crows are associated with war, death, desolation, evil misfortunes. Because of their blackness, they are considered symbols of chaos and darkness, preceded by the light of creation.
On the other hand, the crow is a symbol of wisdom and justice. The raven has a connection with the world of the dead, he can get live and dead water. There is an opinion that the crow is an assistant in the journey and a predictor.
In some cultures it represents the Sun and wisdom and in others darkness and destruction.

Key is a very powerful symbol. Power, choice, breath, freedom of action, knowledge, initiation. Although the keys can both lock and unlock doors, they are almost always symbols of access, liberation and initiation, progressively moving from one stage of life to another.

The sword is one of the most complex and most common symbols. On the one hand, the sword is a formidable weapon carrying life or death, on the other – the ancient and powerful force that appeared simultaneously with the Cosmic equilibrium and was its opposite.
The dagger is also a powerful magical symbol emblem of witch craft. In addition, the dagger or sword is a symbol of power, justice, supreme justice, pervasive reason, insight, phallic power, light.