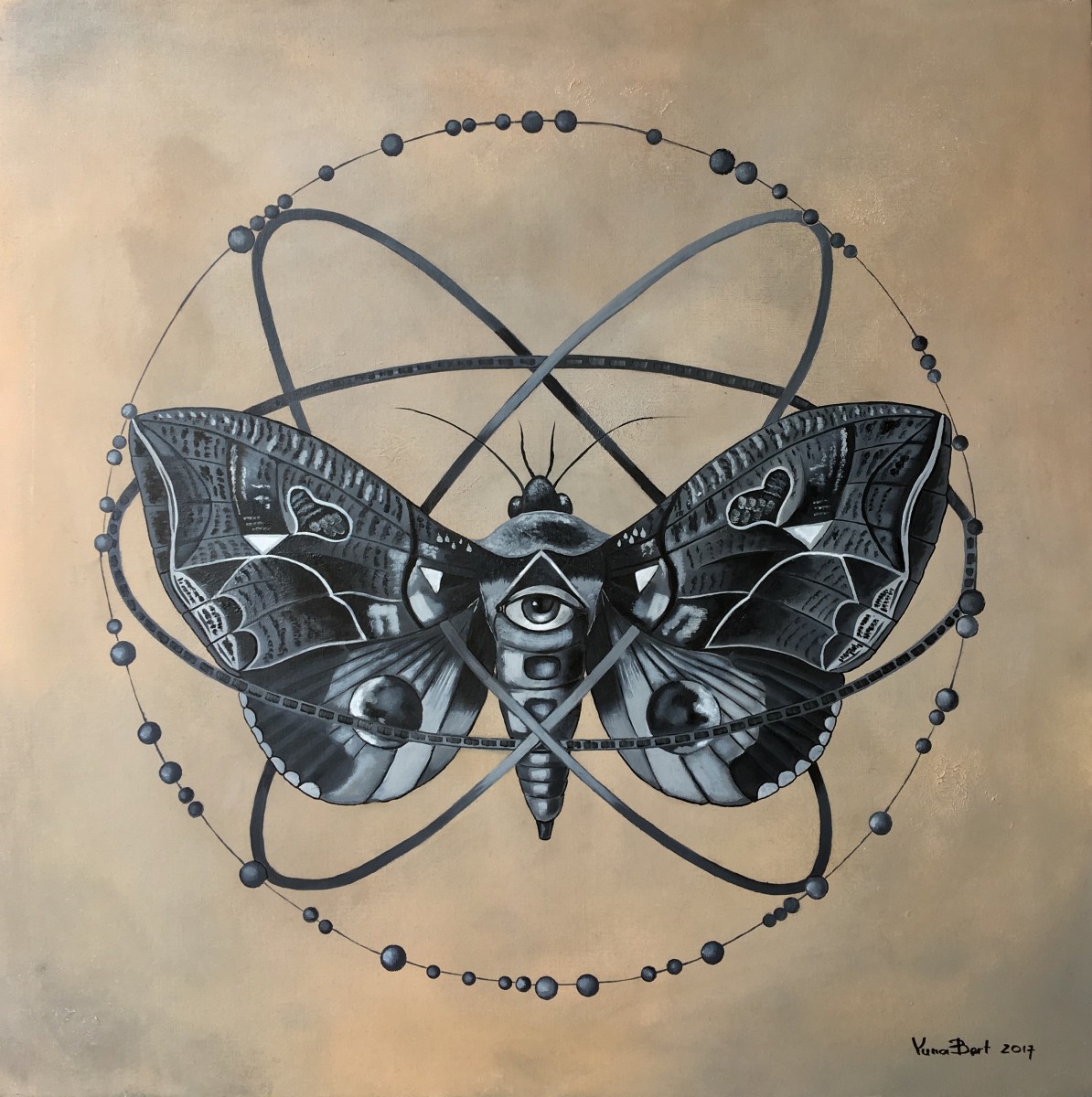 A moth tattoo can symbolize dreams, shadows or secret knowledge, as moths are nocturnal animals. The animals are also a sign of faith, determination and attraction.
Moths are attracted to light, which is often associated with truth or spiritual awareness. For some people, a moth tattoo could symbolize similar aspirations.
Light is also a symbol for the presence of God, so a moth tattoo might be a display of faith.
Moths are adept navigators at night. A tattoo of a moth could symbolize that the wearer is determined to find their way in life, even when passing through dark times.
Being a symbol of the soul and its transforming course, butterflies captivate us reminding us our need to constantly evolve to something better and more beautiful. Their relatives, the moths add to that symbolism, a veil of dark mystery and seductiveness that resembles our dark subconscious and its struggle during its spiritual journey to the light.
Moth finds its way following the moonlight and in its absence, man`s artificial lights. Her persistence to follow the light trusting her instincts and ignoring or defying danger, makes it so spontaneous and determined as vulnerable at the same time. Something that reminds us our need to “listen” our deeper instincts, our intuition, even having our dreams as guides in the dark hours of our lives that nothing is as we saw it bathed in daylight. For that, the moth symbolizes the development of intuition and psychic powers as well.

A symbol of fertility (like the circle), and integrity. In Ancient Greece, the sign of the sphere was a cross in the circle – the ancient emblem of power. A sphere made up of several metal rings illustrating the cosmogonic theory of Ptolemy, who believed that the Earth is in the center of the Universe – an ancient emblem of astronomy.

The Eye of Providence is a realistically depicted eye within one or more additional elements: a triangle, a burst of light and/or clouds.
Originally, the symbol represented the all-seeing eye of God. Some people continue to refer to it as the « All-Seeing Eye. » It generally implies that God looks favorably upon whatever endeavor is utilizing the symbol.
The Eye of Providence employs a number of symbols that would have been familiar to those viewing it. The triangle has been used for many centuries to represent the Christian trinity. Bursts of light and clouds are commonly used to depict holiness, divinity, and God.
Providence means divine guidance. By the 18th-century, many Europeans — particularly educated Europeans — no longer believed specifically in the Christian God, although they did believe in some sort of singular divine entity or power. Thus, the Eye of Providence can reference the benevolent guidance of whatever divine power might exist.

The Freemasons started publicly using the symbol in 1797. Many conspiracy theorists insist the appearance of this symbol in the Great Seal proves Masonic influence on the founding of the American government.
In truth, the Great Seal actually displayed the symbol more than a decade before the Masons started using it. Moreover, no one who designed the approved seal was Masonic. The only Mason involved with the project was Benjamin Franklin, whose design was never approved.
The Freemasons have never used an eye with a pyramid.

The Moon’s cyclical journey through the heavens and its constantly evolving form provided early societies with a powerful symbol for the cycle of human life. From crescent to full Moon, its forms were each attributed a special significance, as were lunar eclipses. In addition to influencing the tides, weather, and life in general, the Moon was credited with ruling over human destiny.
The cyclical waxing and waning of the Moon is symbolic of birth, life, death, and rebirth. The crescent, waxing Moon represents growth, while the waning Moon is associated with death.